Whether you, too, have confessed Jesus Christ as your Lord or are “seeking” to learn more, we welcome you and look forward to encouraging you in your pursuit of Jesus Christ!

What does “Protestant” mean in our name, “First Protestant Church”?

Is there a “Second Protestant Church” in town?

Is there a denomination with the name “Protestant”?

It sounds confusing, but we were called “Protestant” to distinguish our church as not Catholic. Our church was initially an amalgamation of the various types of Protestants you would find in Germany, primarily Lutheran and Reformed. In Germany, the King of Prussia united all Protestants in 1817 into a single denomination called the Evangelical Church of the Prussian Union. Thus, the term “evangelical” could be used almost as a synonym for “Protestant”.

In America, our denomination was known as The German Evangelical Church Society of the West (Der Deutsche Evangelische Kirchenverein des Westens), founded in 1840 in St. Louis, Missouri. This union, both in Germany and in the United States, was deeply influenced by pietism, a commitment to personal transformation through spiritual rebirth and renewal. The denomination accepted the Heidelberg Catechism of the Reformed and Luther’s Small Catechism and Augsburg Confession of the Lutherans as its confessional documents.  Where there was disagreement the individual believer had freedom to believe either tradition. In keeping with core Protestant convictions, the Bible was considered the ultimate standard of its faith.

By 1877 the denomination became the German Evangelical Synod of North America (ESNA).

The E&R merged with the Congregational Christian Churches to create the United Church of Christ (UCC) in 1953.

Our church, First Protestant Church, left the UCC and created a new wineskin, a voluntary association of churches called the Evangelical Association in 1998.

Our mission is the Great Commission of our Lord Jesus Christ who said, “All authority has been given to Me in heaven and on earth.  Go therefore and make disciples of all the nations…” (Matthew 28:18-19b).  We will structure our church to make disciples.

A disciple is someone who has believed in Jesus as his personal Savior, publicly identifies with the church through baptism, and becomes a lifelong learner and apprentice of the Lord Jesus.  A disciple continually seeks God, share’s God’s love with others (both nonbelievers and believers), and serves others as an expression of that love.

Jesus knew that the way to disciple was to live and teach and minister together in a small group.  Small groups will be our method to disciple people, just as small groups were the method used by Jesus, Paul, Timothy, and the early church fathers.

Disciples who make a difference are not equipped for the sake of equipping alone.  We have a goal in mind. Disciples are equipped for works of service, for deeds of compassion, for meaningful ministry so that we fulfill the Great Commission in our own Jerusalem and points beyond.

The Authority of Scripture — Cherish the Bible as the inspired, inerrant word of the Lord.

Community — Care for each other. 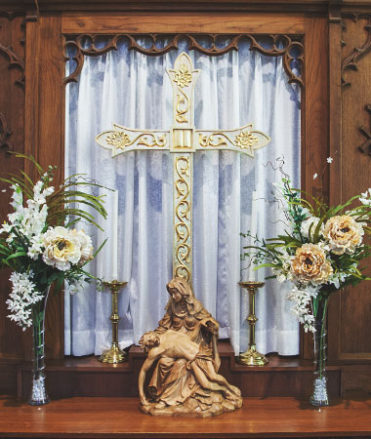 Our goal is to build up and not condemn; to help others enjoy the forgiveness and love of God through Jesus Christ, rather than face life and eternity apart from God’s love.

Read our updated constitution and by-laws, which were amended and approved by majority vote at our annual congregational meeting: First Protestant Church Constitution and By-Laws

Handicapped Access on Southside entrance of the church, on Coll street with ramp and automatic door, handicapped parking with access to both services at the turn in drive, past the sanctuary.

YOUNG AND YOUNG AT HEART (YA-YAHS)

Our Ya-Yahs have a class that meets in the Well on Monday nights at 6pm. We will be doing inductive Bible studies on “short” books in the NT, specifics to be announced.  If you’d like to be a part of this ladies intensive bible study, contact Marilyn Challenner at 830-624-5440. *We break for the summer, …

END_OF_DOCUMENT_TOKEN_TO_BE_REPLACED

Join us for our Adult Connection Groups.  Different bible study and discussion groups meet every Sunday morning at 9:30 or 11:00.  Contact the church office if you have any questions, 830-609-7729 X110 or click here.

Bring your children to be a part of The Springs at FPC, in the Well Playground 9:30am on Sunday mornings.  They will learn about Jesus and all the many people in the bible on their level, sing songs, participate in art projects and fellowship with other children.  We have a staff that just wants to …